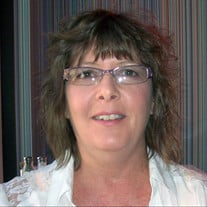 Coleman Funeral Home of Southaven Ms. Ann Elizabeth (Sollars) Craft, 58, passed away Sunday, March 13, 2022, at her home in Nesbit, MS. Private memorial services are being held at Kirkpatrick Funeral Home in Washington Court House, OH on March 21, 2022. Coleman Funeral Home of Southaven, MS is in charge of local arrangements. Ann was born on February 18, 1964, to Frank and Janet Sollars in Washington Court House, OH. She was the youngest of five children. In 1986 she married Carter Craft and soon after they moved to West Virginia to start a family. Ms. Craft is survived by her four sons, Miles (Ashley) Craft of Pittsburgh, PA, Frankie (Cheryl) Craft of Southaven, MS, Mason Craft of Nashville, TN, and Thomas (Kayla) Craft of Petal, MS; her grandson, Simon Craft of Pittsburgh, PA; her mother, Janet Sollars of Washington Court House, OH; four brothers, Steve (Lisa) Sollars, Brian (Mary Kay) Sollars, Mike (Sherry) Sollars, and Jeff (Bridget) Sollars, all of OH; and a host of nieces and nephews. She is preceded in death by her father, Frank Sollars. Ann was many things; a kind soul, free spirit, cherished friend, but most of all, a proud, loving mother who will be forever loved, and forever missed. Online condolences may be left on her Tribute Wall at www.colemanfuneralhome.com.

The family of Ann Elizabeth Craft created this Life Tributes page to make it easy to share your memories.

Send flowers to the Craft family.