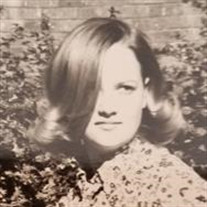 Coleman Funeral Home of Oxford April Eatman Johnson, 74, passed away Thursday, December 23, 2021, in Oxford, MS. No services are planned at this time. Coleman Funeral Home of Oxford is in charge of arrangements. April was born to the late Col. George Lowe and Sarah Catherine Eatman. April held a love for the environment and any kind of animal. In her earlier years with her second husband, they owned and raised Arabian horses at their stables, Apple Hill Stables. More recently she was over the website for the Law Library at the University of Mississippi and then worked at the Department of Continuing Education, also at the University. She obtained her Master’s Degree in Fine Arts leading her to be very artistic, creating many forms of art work with a variety of different mediums including: oil, watercolor, sketching, print mediums, and colored pencils. She was a true artist. April is survived by her brother, George Eatman, of Las Vegas, NV; three nephews; one niece; two cousins, Irma Hale, of FL, and Marica Stolley, of TX; and two special friends, Anne Klingen and Deborah Buchanan. She was preceded in death by her husbands, Collins Franklin Windham and Calvin L. Johnson; and her parents, Col. George Lowe and Sarah Catherine Eatman. Please leave online condolences on her Tribute Wall at www.colemanfuneralhome.com.

The family of April Eatman Johnson created this Life Tributes page to make it easy to share your memories.

Send flowers to the Johnson family.