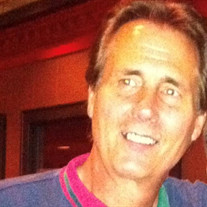 Coleman Funeral Home of Southaven Mr. Brett Warren Little, 67, passed away September, 5, 2021, in Tunica, MS. A private family service will be held at a later date in Ohio. Coleman Funeral Home of Southaven is in charge of local arrangements. Mr. Little was born in Lima, OH, on February 13, 1954. He graduated from Walnut Ridge High School in Columbus, OH, where he was a proud member of the state championship basketball team. From there, he went to Capital University in Columbus, where he received his Bachelor’s degree in History. While there, Brett was on the varsity basketball and golf teams. He became a vice president for Dollar General stores and Fred’s. He was loved by all, and he will be truly missed. Mr. Little is survived by two sisters, Bobbi Little of North Fort Myers, FL, and Carolyn Barrett of Vincent, OH; two brothers, Gary Little and Jeff Little; one niece, Lindsey Barrett; and one nephew, Seth Barrett. He was preceded in death by his parents, Robert Little and Betty Little; and brother, Chad Little. Online condolences may be left on his Tribute Wall at www.colemanfuneralhome.com.

The family of Brett Warren Little created this Life Tributes page to make it easy to share your memories.

Send flowers to the Little family.