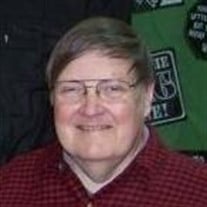 Coleman Funeral Home of Oxford Cecil E. Speer, 73, passed away in Tupelo, MS, on Sunday, March 28, 2021. A visitation will be held on Thursday, April 1, 2021, from 1:00 p.m. to 2:00 p.m. at Coleman Funeral Home. A service will immediately follow at 2:00 p.m., also at Coleman Funeral Home. Bro. Robert Hooker will officiate. Coleman Funeral Home of Oxford is in charge of arrangements. Cecil was born to the late Mr. and Mrs. Cecil E. Speer, Sr. in Memphis, TN. After graduating from Treadwell High School, he went on to Memphis State and obtained a Bachelor’s Degree. He then went on to marry the love of his life, Lola Speer. They were married for 35 years. Cecil was a man who was a very independent person who kept to himself. He is described by his family as being funny, caring, and loving. He thoroughly enjoyed theater and cinema. He often traveled to places where movies would be filmed, including Hollywood and Route 66. Among all movies, Gone with the Wind was his absolute favorite. He will be dearly missed by his family and friends. Cecil is survived by his four brother-in-laws, Billy (Elizabeth) Traylor, of Belden, MS, Earl (Glenda) Traylor, of Gasport, IN, Doyle (Janice) Traylor, of Oxford, MS, and Jerry Sims, of Olive Branch, MS.; and two sister-in-laws, Betsy (Kenneth Eugene) Pannell, of Watertown, TN and Betty Ballard, of Byhalia, MS. Cecil was preceded in death by his wife, Lola Speer; his parents, Mr. and Mrs. Cecil E. Speer, Sr.; and one sister-in-law, Sue Sims. In lieu of flowers, donations can be made to the National Kidney Foundation (https://www.kidney.org/donation). If you are unable to attend in person, you may view the funeral service from the comfort of your home at www.colemanfuneralhome.com. A link will appear on his page the day of the service. Please leave online condolences on the Tribute Wall at www.colemanfuneralhome.com.

The family of Cecil E. Speer Jr. created this Life Tributes page to make it easy to share your memories.

Send flowers to the Speer family.