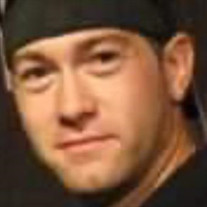 Coleman Funeral Home of Oxford Clay Tatum, 38, passed away on Monday, February 8, 2021 in Abbeville, MS. A visitation will be held Tuesday, March 2, 2021, from 12:00 p.m. to 2:00 p.m. with a service to follow at 2:00 p.m. all at Coleman Funeral Home. Bro. Randy Bain will officiate. Coleman Funeral Home of Oxford is in charge of arrangements. Clay was born in Oxford, MS, to Larry and Teresa Tatum on May 12, 1982. He was a member of First Baptist Church of Abbeville, MS. While working with his dad in the family business, Oxford Heating and Cooling, Clay got his license and certification. After his dad passed away, he opened Oxford Air and Heat. A few years later, he realized his love was construction even more. From that day on until his death, that’s the work he did. His construction boss once commented that Clay could cut a board to fit even better than he could. He was a hard worker and sought perfection in his work. He enjoyed building things and received the Civil Engineer Award at Northwest Community College. Clay was an inventor and an artist with one of his works on display in Abbeville, MS. He was also a writer, and one of his short stories published. Clay’s family remembers him as a jokester who was always playing tricks on them. He loved his family very much, especially his mom. Clay wanted to make people happy, and he was always helping people in need. He was a very generous person who wanted to be loved. Clay enjoyed collecting rocks, antiques, watches, and coins, and he also enjoyed hunting and fishing. Clay is survived by his mother, Teresa (Richard) Davis; his sister, Brooke; his fiance’, Danielle Evans; and his stepsisters, Ashley (Jamie) Berryhill and Molly (Brian) Williams. He was preceded in death by his father, Larry Tatum; and his grandparents, Wayne and Doris Frazier, and Ira and Evelyn Tatum. In an effort to honor Clay’s life in a way that makes a lasting impression and difference, his family requests that, in lieu of flowers, donations be made either to the Pregnancy Center of Oxford/Sav-A-Life of Lafayette County (P.O. Box 1193, Oxford, MS. 38655) or to Living Branches of Christ (P.O. Box 2156, Southaven, MS. 38671). Clay’s family hopes to dedicate their lives to bringing attention and education to the devastating effects of mental illness; its contribution to addiction; and justice reform to provide placement and help for those in need. Please leave online condolences on the Tribute Wall at www.colemanfuneralhome.com

The family of Clay Tatum created this Life Tributes page to make it easy to share your memories.

Send flowers to the Tatum family.