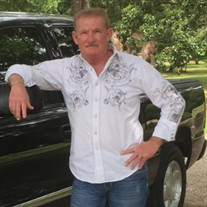 Coleman Funeral Home of Southaven Mr. Danny Mark Cagle, 63, passed away surrounded by his loving family on Wednesday, April 21, 2021, at his home in Nesbit, MS. A visitation will be held Sunday, April 25, 2021, from 4:00 p.m. to 6:00 p.m. and Monday, April 26, 2021, from 10:00 a.m. to 12:00 p.m. at Coleman Funeral Home of Southaven (626 Star Landing Rd. East, Southaven, MS 38672). A funeral service will be held Monday, April, 26 2021, at 12:00 p.m. also at Coleman Funeral Home of Southaven. Interment will be at Byhalia Cemetery (Byhalia, MS 38611). Coleman Funeral Home of Southaven is in charge of arrangements. Mr. Cagle will be remembered for his engaging, kind, selfless, and witty personality. He left an impression upon everyone he met, as he was a warm and welcoming man. A natural caregiver, Danny always prioritized others before himself, as he could always be counted on to lend a supportive ear, an encouraging word, or humor to most situations. He was an active and participative member of the Cornerstone Church in Southaven, MS. Danny was always busy and active and he stayed in shape and took care of his physical ability. He loved being outdoors and could be frequently found hunting, fishing, or playing golf. He supported the NRA and was a member. He was fascinated with classical cars and hotrods. He was known to others as a Jack of all trades, as there was nothing Danny was unable to accomplish. Above all, Danny was a caring family man. He loved his daughters immensely and when his grandchildren were born, he found them to be his pride and joy. Mr. Cagle leaves behind his two daughters, Brittney (Brian) Jones of Martin, TN; and Kayla Cagle of Mayfield, KY; two grandsons, Keegan Echols and Jaxon Smith both of Mayfield, KY; three granddaughters, Riley Jones and Addison Jones both of Martin, TN; and Presley Winn of Mayfield; the mother of his children and love of his life, Teresa Cagle of Mayfield; two brothers, Jim (Deborah) Cagle of Bartlett, TN; Wayne Quinn of Jacksonville, FL; and step-father, Roy Quinn of Red Banks, MS; and a host of nieces, nephews and great nieces and great nephews. Danny Mark Cagle was preceded in death by his mother, Stella Quinn; father, Walter Cagle; and brother, Larry Cagle. Donations may be made to the American Cancer Society (cancer.org) in memory of Danny Mark Cagle. If you are unable to attend the funeral in person or do not feel comfortable attending due to COVID, you may view the service online at www.colemanfuneralhome.com. A link will appear on his tribute page the day of the service. Online condolences may be left on his Tribute Wall at www.colemanfuneralhome.com

The family of Danny M. Cagle created this Life Tributes page to make it easy to share your memories.

Send flowers to the Cagle family.