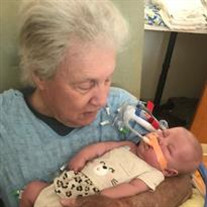 Coleman Funeral Home of Oxford Danny Ray Dickey, 75, passed away Friday, December 31, 2021, at his home in Oxford, MS. A graveside service will be held Monday, January 3, 2022, at Abbeville Cemetery at 2:00 p.m. Bro. Fletcher Moorman will officiate. Coleman Funeral Home of Oxford is in charge of arrangements. Danny was born to the late Reggie and Lovie Dickey. He was married to Sharon Dickey and they would have been married 55 years on January 8, 2022. Danny was a true family man. He loved being with his kids and grandchildren. He could even be caught playing Barbies with his great grandchildren at times. They were truly his world. Danny also held a passion for music. He started playing at a young age and was the lead singer of multiple bands. He also enjoyed riding his motorcycle, fishing, and joking around. He will be truly missed by all those that loved and cherished him. Danny is survived by his wife, Sharon Dickey, of Oxford, MS; his children, Sylvia (Mark) Baker and Randy (Dee) Jones; his grandchildren, Blakleigh Jones, Blair Jones, Savannah Baker, Jenna Ursic, and Drew Ursic; his great-granchildren, Kinleigh Jones and Lilleigh Alexander; and his sisters, Loretta (Stephen) Spence and Regina (Jim) Caulder. He was preceded in death by his parents, Reggie and Lovie Dickey; his great-granddaughter, Sophie Alexander; and his brother, Bobby Dickey. In lieu of flowers, donations can be made to St. Jude’s Children Research Hospital (https://bit.ly/3JBs080) or the American Lung Association (https://bit.ly/3pIVVDm). Please leave online condolences on his Tribute Wall at www.colemanfuneralhome.com.

The family of Danny Ray Dickey created this Life Tributes page to make it easy to share your memories.

Send flowers to the Dickey family.