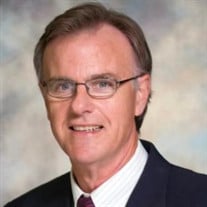 Coleman Funeral Home of Southaven David Hunter Manley, 63, passed away peacefully on January 24, 2021, at his home in Southaven, MS, surrounded by his loving family who read scripture and sang hymns to him. David was born July 17, 1957, in Union City, TN, and at the time of his birth he held the record for the biggest baby born at that hospital, weighing just over thirteen (13) pounds. Mr. Manley met his beloved wife Tony 46 years ago while in high school. As a truly devoted husband, David never stopped doting on his high school sweetheart and loved her as Christ loves his Church. Together they raised three boys, instilling in them the value of a good name, wise financial stewardship (i.e. how to not spend money), and how to live all of life to the glory of God. Mr. Manley served as a longtime administrator at Northpoint Christian School (NCS). He began his career with NCS (then called SBEC) in 1978 as an assistant football coach. He went on to be a teacher, coach, principal, headmaster, and president; and in each role he was a real-life embodiment of biblical life principles. His spirit of humble service, integrity, and a disciplined life inspired the NCS faculty and staff he lovingly led, along with the thousands of SBEC/NCS students who both respected and occasionally feared Mr. Manley. He also served as a Committee Head for TSSAA and a former Chairman of the Board for ACSI. He retired from Northpoint Christian School after 39 years but remained active as NCS President Emeritus. His legacy continues at Northpoint Christian School through the David H. Manley Golf Tournament and the David H. Manley Scholarship that awards a scholarship to a graduating senior of NCS. Above all, David genuinely loved Christ, his wife, his children, his grandchildren, Broadway Baptist Church and SBEC/NCS. He will be remembered as being a faithful husband, Godly father, and loving grandfather. David is preceded in death by his parents, Orville Baxter and Nancy Carolyn Manley. He is survived by his devoted wife of 43 years, Tonya Manley, of Southaven; his three sons Nick Manley (Maggie) of Southaven, Josh Manley (Jenny) of The United Arab Emirates (UAE), and Kyle Manley (Megan) of Dallas, TX; his sister Carole Hanson of Memphis, TN; his brother Steve Manley of Florida; and eleven grandchildren: Sara Louise Manley and Frances Manley of Southaven; Reeves Manley, Caroline Manley, Miriam Manley, Harper Faith Manley, and George Manley of UAE; Baxter Manley, Betsy Grace Manley, Susanna Manley, and John Daniel Manley of Dallas. The visitation will be Saturday, January 30, from 4:00 p.m. to 6:00 p.m. at the NCS Gym on Manley Court. The funeral celebration of David’s life will be Sunday, January 31, at 1:30 p.m. at Broadway Baptist Church. Coleman Funeral Home of Southaven is in charge of arrangements. In lieu of flowers, donations in honor of Mr. Manley may be made to the David H. Manley Scholarship through Northpoint Christian School (http://weblink.donorperfect.com/ManleyScholarship) or to Broadway Baptist Church (https://broadwaychurch.org/give). Online condolences may be left on his Tribute Wall at www.colemanfuneralhome.com.

Coleman Funeral Home of Southaven David Hunter Manley, 63, passed away peacefully on January 24, 2021, at his home in Southaven, MS, surrounded by his loving family who read scripture and sang hymns to him. David was born July 17, 1957, in... View Obituary & Service Information

The family of David Hunter Manley created this Life Tributes page to make it easy to share your memories.

Send flowers to the Manley family.