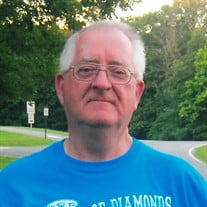 Coleman Funeral Home of Olive Branch Donald Lee Payne, 80, of Olive Branch, MS passed away on Wednesday, October 20, 2021. The family will receive friends on Saturday, October 23, 2021 from 1:00 p.m. to 3:00 p.m. at Coleman Funeral Home (6815 Parkview Blvd, Olive Branch, MS) with a service to follow at 3:00 p.m. Interment in Lebanon Cemetery, Olive Branch, MS. Coleman Funeral Home of Olive Branch, MS is in charge of the arrangements. Don Payne was born on September 6, 1941 in Essex, MO to Frank and Naomi Payne. He graduated from Dexter High School in 1959 and immediately enlisted in to the U.S. Navy where he spent four years. Returning from the service, he moved to Memphis and worked at Firestone Tire and Rubber where he worked for twenty years. After Firestone closed, he worked as a security manager for the casinos until he retired. He was a member of the VFW in Southaven, MS. Don played and coached baseball and softball for many years. He loved working with the youth at Trinity Baptist Church where he was a deacon. He refereed basketball and umpired baseball games. He loved his family and was very devoted to each one. Don is survived by his wife, Patricia Ann Payne of Olive Branch, MS; daughters, Lee Ann Cole (Tim) of Olive Branch and Holly Stewart (Bobby) of Hernando, MS; son, Michael L. Payne (Jennifer) of Gallatin, TN; granddaughters, Bobbye Newhart (Josh) of Conneaut, OH, Lynda Stewart (Perry) of Horn Lake, MS; grandsons, Hunter Cole of Olive Branch, Wesley Stewart of Hernando, Nicolas and Alex Payne of Gallatin, TN, Noah Evetts of Gallatin; great-granddaughter, Mychel Newhart of Conneaut; great-grandson, Cole Newhart of Conneaut; sister, Ruth Warren (Wayne) of Salem, MO and brothers, Harold Reaves (Geraline) of Seneca, MO, Roy Reaves of Bloomfield, MO and a host of nieces and nephews. Don was preceded in death by his parents, Naomi Reaves and Frank Payne. In lieu of flowers, memorials can be made in honor of Donald Lee Payne to the Wounded Warrior Project (www.woundedwarriorproject.org ) or the USO (www.uso.org). In honor of Donald Lee Payne’s service to our country, the flag of the United States Navy will be flown at Coleman Funeral Home on the day of the services. Online condolences may be left on her tribute wall at www.colemanfuneralhome.com.

The family of Donald Lee Payne created this Life Tributes page to make it easy to share your memories.

Send flowers to the Payne family.