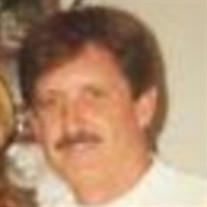 Coleman Funeral Home of Southaven Mr. Donnie J. Busby, 74, passed away December 11, 2021, at Baptist Memorial Hospital – Desoto, in Southaven, MS. Visitation will be held on Wednesday, December 29, 2021 from 11:00 a.m. to 1:00 p.m. at Coleman Funeral Home of Southaven (626 Star Landing Rd. East, Southaven, MS 38672). A memorial service will immediately follow. Coleman Funeral Home of Southaven is in charge of arrangements. Donnie was born to Warren and Thea Busby on October 13, 1947, in Walnut Ridge, AR. He was passionate about life, traveling and cars. He worked as a bus driver for Crown Coach doing charters and tours. In his spare time, he loved to tend to his Roush Mustang and a Corvette, attend car shows, and enjoy NASCAR races. He was a member of the Mustang Club of Memphis and the Masons. He was awarded Best Mustang in 2011 at the Second Annual Car Show in Graceland. Mr. Busby honorably and dutifully served his country for three years in the U.S. Marine Corps. He then served seventeen years of service in the United States Army. He was a Staff Sergeant in E6 rank and served during the Vietnam War. He will be truly missed by all who knew him. Mr. Busby is survived by his beloved wife of 22 years, Darlene Busby of Southaven, MS; his four sons, Jeffrey Dale Busby and Donald Richard Busby, both of Rockford, IL, David Wayne Hampton Jr., Steve Eugene Hampton of Atlanta, GA; three grandchildren, Drake Busby of Rockford, IL, Teri Lynn Waters and Tiffany Ann Hampton both of Foley, AL; six great-grandchildren; one brother, Ricky Busby of Rockford, IL; and a host of nieces, nephews and friends to cherish his memory. Donnie was preceded in death by his six siblings. Mr. Busby’s family requests memorial contributions be made to St. Jude in his honor. Also, in honor of Mr. Busby’s patriotic and loyal service to our country, the flag of the United States Army will be flown at Coleman Funeral Home of Southaven on the day of his funeral service.

The family of Donnie J. Busby created this Life Tributes page to make it easy to share your memories.

Send flowers to the Busby family.