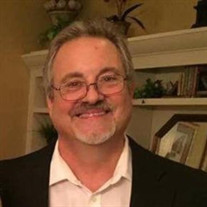 Coleman Funeral Home of Olive Branch Edward Gray Edgar, 62, of Olive Branch, MS passed away on Wednesday, April 20, 2022. A service will be held at a later date. Ed was born on April 18, 1960 in Atlanta, GA. He attended Wooddale High School in Memphis, TN. Ed was a service writer at Landers Buick GMC. He loved music that brought joy to him; classic rock was his favorite. Ed enjoyed fixing up old cars and cooking. His sister would stand him on a stool when he was only 6 years old, teaching him how to cook. Guy Fieri was one of his favorite Food Network personalities. Ed also treasured his pets, Martin, the immortal Chihuahua, and Tanner, the evil cat. Ed is survived by his daughter, Brooke Edgar of Wasilla, AK; son, Gary Edgar of Olive Branch; stepsons, Patrick House and Hesston House of Anchorage, AK; sister, Karen Edgar of Olive Branch; niece, Nicole Taylor (Chris) of Olive Branch; and nephew, Ross Nored. He will be missed by his close friend, Leslie Jones of Bartlett, TN, along with many others. Ed was preceded in death by his parents, Ted and Dorothy Edgar and brother, Gary Don Edgar. In lieu of flowers, memorials can be made in honor of Edward Edgar to Juvenile Diabetes (www.jdrf.org)

The family of Edward Gray Edgar created this Life Tributes page to make it easy to share your memories.

Send flowers to the Edgar family.