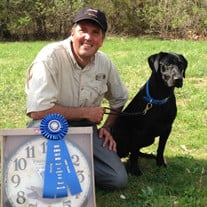 Coleman Funeral Home of Southaven Mr. Frank “Scooter” Landry, Jr., 52, passed away Saturday, February 27, 2021, at Baptist Memorial Hospital Desoto in Southaven, MS, surrounded by his loving family. A visitation will be held Saturday, March 6, 2021, from 10:00 a.m. to 12:00 p.m., at Faith Lutheran Church (507 New Byhalia Rd. Collierville, TN 38017). A funeral service will immediately follow at 12:00 p.m., also at Faith Lutheran Church. Interment will be at the Arlington National Cemetery in Arlington, VA, at a later date. Coleman Funeral Home of Southaven is in charge of arrangements. Frank was a United States Marine Officer and Naval Aviator who retired from the United States Navy after a combined 21 years of faithful service to his country. He continued his love of aviation through a 16-year career at FedEx Express. Frank was an extremely determined man who undertook each and every task with a steadfast, tenacious earnestness. The most sacred and important responsibility in his life was his family, whom he put above all else. He raised his two sons as witnesses to his strong faith in God and his incredible work ethic. Frank was an avid outdoorsman and could often be found enjoying nature by section hiking the Appalachian Trail, hunting, fishing, camping and dog training. He loved his Labrador Retrievers and spent most of his free time training and competing in field trials with them all across the United States with his family and many of his closest friends. Frank is survived by his loving wife, Katherine “Katie” Landry of Southaven, MS; two sons, Erik Landry of Dallas, TX, and Michael Landry of Sneads Ferry, NC; his mother, Annie Doty Landry of Southaven; his father-in-law, Leif Grotness of Holly Springs, MS; his mother-in-law, Leona Grotness of Holly Springs; and his two dogs, Pireaux and Banjeaux who were never far from his side. Frank was preceded in death by his father, Francis E. Landry, Sr. In honor of Frank’s service to our country, the flag of the United States Marine Corps will be flown at Coleman Funeral Home of Southaven on the day of the services. The funeral service will also be livestreamed on Facebook for those that are unable to attend in person via Faith Collierville Worship Live. https://www.facebook.com/FLCworshipcollierville In lieu of flowers, donations may be made to the Warrior Dog Foundation (warriordogfoundation.org) in memory of Frank Landry. Online condolences may be left on his Tribute Wall at www.colemanfuneralhome.com.

The family of Frank "Scooter" Landry, Jr. created this Life Tributes page to make it easy to share your memories.

Send flowers to the Landry family.