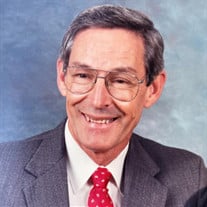 Coleman Funeral Home of Oxford James “Ralph” Coleman, age 86, of Oxford, went to his heavenly home on Tuesday, February 8, 2022. A visitation will take place at Coleman Funeral Home of Oxford from 12:00 p.m. to 2:00 p.m., on Saturday, February 12, 2022. A service will be held immediately following, also at Coleman Funeral Home of Oxford, at 2:00 p.m. Interment will be at Pine Bluff Church of Christ Cemetery. Bro. Billy Bland will officiate. Coleman Funeral Home of Oxford is in charge of arrangements. Ralph Coleman, affectionately known to his family as Dad, Daddy, or Pepaw, was born in Toccopola, MS, on July 23, 1935, to Jim and Lavonia Cole Coleman and graduated from Toccopola High School. He married his high school sweetheart, Shirley Ann Bishop, when he was seventeen and she was sixteen. He retired from the University of Mississippi after thirty-four years as the plumbing foreman at The Physical Plant and was an avid Ole Miss sports fan. Ralph enjoyed watching Ole Miss sports with his sons, taking them to many games at the Coliseum and Stadium during their early years. He was an active member of The Oxford Church of Christ where he donated his time and plumbing expertise until he became physically unable. He was formerly a member of the Pine Bluff Church of Christ for many years. As a young adult, he served as a volunteer member of the Lafayette County Civil Defense and was a member of the Volunteer Fire Department. After his retirement in 1997, he was passionate about spending time with family and friends at the family’s farm, Oak Grove Farm. He enjoyed working side by side with his wife and sons gardening, making improvements to the farm and generally enjoying the outdoors, especially with the grandchildren during the summer and holidays. He was a devoted husband and dedicated father who provided total care for his wife during her final years and worked two to three jobs throughout most of his working life to provide for his family. Ralph was well respected in the Oxford community as a man of faith and one who was always willing to help a friend or neighbor in need. Ralph was preceded in death by his loving wife of 62 years, Shirley; his parents Jim and Lavonia; and his sister, Jamie Coates. He is survived by his sister, Juanice Henderson; his three sons Mike Coleman, of Montgomery, AL; Steve Coleman (Lucinda), of Brandon, MS; and Pat Coleman (Leslie), of Oxford, MS; four grandchildren Patrick Coleman, of Madison, MS; Brian Coleman, of Brandon, MS; Leanna Stephens (Derrick), of Oxford, MS and Caroline Miller (Patrick), of Ocean Springs, MS; three great-grandchildren; Olivia Miller, Everly Stephens, and Kyler Stephens; and eight nieces and four nephews. In lieu of flowers, memorials can be made to the Pine Bluff Church of Christ Cemetery Fund (311 County Road 431, Oxford, MS, (662) 388-0220). Please leave online condolences on his Tribute Wall at www.colemanfuneralhome.com.

The family of James Ralph Coleman created this Life Tributes page to make it easy to share your memories.

Send flowers to the Coleman family.