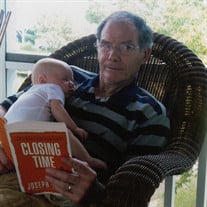 Coleman Funeral Home of Southaven Dr. James Robert Talley, passed away January 10, 2022, at Mississippi State Veteran’s Home in Oxford, MS. A visitation will be held Friday, January 21, 2022, from 1:00 p.m. to 3:00 p.m. at Coleman Funeral Home of Southaven (626 Star Landing Rd. East, Southaven, MS 38672). A celebration of life will immediately follow at 3:00 p.m., also at Coleman Funeral Home of Southaven. Coleman Funeral Home of Southaven is in charge of local arrangements. Dr. Talley was born May 28, 1943, in St. Louis, MO, with an incredibly motivated and driven personality. He always had high expectations of himself and an exceptionally strong will. An avid runner and outdoorsman, James hiked almost all of the Appalachian Trail, and he ran enough miles to circle the Earth at the equator. James loyally and patriotically served over thirty years in the United States Army and retired as a Colonel. He dutifully served the United States Army in the 82nd Airborne and two tours in the Vietnam War. Always conscientious and productive, at the age of 41, James spent a year living in California. While there, he learned to read, speak, and write Korean, before moving to Korea to continue his faithful service to the U.S. Army. After completing his military service, Dr. Talley received his PhD in Sociology from the University of Tennessee Knoxville. He continued his career in education, after receiving his PhD, by teaching sociology at UT for almost twenty years. Dr. Talley was a devoted family man. He leaves behind his wife, of 56 years, Lucille "Libby" Talley of Hernando, MS, his son John David (Penny) Talley of Hernando; his daughter, Heather Ann (Dave) Fuchs of Rochester, NY; his three grandsons, John Thomas Talley of San Antonio, TX, William James Talley of Olive Branch, MS, and Benjamin Franklin Talley of Hernando; his granddaughter, Harper Elizabeth Talley of Hernando; his great grandson, Parker William Talley of San Antonio; his brother, David Hugh (Marcia) Talley of Cheyenne, WY to cherish his memory. James was preceded in death by his parents, Brownie Hugh and Marion Talley. Donations and memorials in honor of Dr. James Robert Talley may be made to the donor's choice of the Wounded Warrior Project (woundedwarriorproject.org) or to Retrieving Freedom, which trains service dogs and provides them to injured veterans (retrievingfreedom.org). In honor of Dr. Talley’s patriotic and loyal service to our country, the flag of the United States Army will be flown at Coleman Funeral Home of Southaven on the day of his funeral service. Online condolences may be left on his Tribute Wall at www.colemanfuneralhome.com.

The family of Dr. James Robert Talley created this Life Tributes page to make it easy to share your memories.

Send flowers to the Talley family.