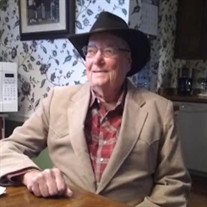 Coleman Funeral Home of Southaven Mr. Jerry L. Maddux, 79, passed away Tuesday, February 9, 2021, at his home in Horn Lake, MS. A visitation will be held Thursday, February 11, 2021, from 9:30 a.m. to 11:30 a.m., at Coleman Funeral Home of Southaven (626 Star Landing Rd. East, Southaven, MS 38672). Coleman Funeral Home of Southaven is in charge of arrangements. Mr. Jerry was born November 17, 1941, in Rector, AR; however, he spent most of his adult life in Horn Lake. He dedicated decades of his life to working for Sears in the Southland Mall. Mr. Jerry was also very adamant in his faith. He was a Sunday school teacher and mentor to many people. He was an avid outdoorsman, and he enjoyed hunting and fishing with his family and friends. He was such a selfless individual. He always put others before himself, and he was extremely family oriented. He will truly be missed by all who knew him. Mr. Jerry is survived by his son, John (Diane) Maddux of Hernando, MS; two daughters, Laura (Mark) Curtis of Southaven, and Teresa Maddux Shattuck of Nesbit, MS; one step-daughter, Gina (Mike) Smith of Memphis, TN; six granddaughters, Lauren Browning, Brynn Curtis, Jessica Clayton, Emily Maddux, Julianna Smith, and Amelia Smith; two grandsons, Matthew Browning and Bryan Curtis; and four great-grandchildren. Mr. Jerry was preceded in death by his wife, Shirley Maddux; and his mother, Frieda Maddux. Donations and memorials in honor of Mr. Jerry L. Maddux may be made to the Southaven Church of Christ Building Fund (1483 Brookhaven Dr., Southaven, MS 38671). Online condolences may be left on his Tribute Wall at www.colemanfuneralhome.com.

The family of Jerry L. Maddux created this Life Tributes page to make it easy to share your memories.

Send flowers to the Maddux family.