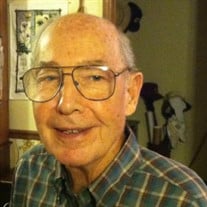 Coleman Funeral Home of Southaven Jerry Thomas Pilgrim, Sr., 88, died Wednesday, January 19, 2022, at Baptist Memorial Hospital. Jerry was born July 13, 1933, in Buckatunna, Mississippi, the third of four children of Marvin F Pilgrim and Lillie Mae Heathcock Pilgrim. He grew up in Columbus, Mississippi, graduated from Stephan D. Lee High School, and was a graduate of Mississippi State University where he was a member of Sigma Chi Fraternity. He was an ardent Bulldog fan for the rest of his life. In 1964 Jerry and his young family joined Colonial Park United Methodist Church where he served God and his fellow man in many capacities for all these years. He especially enjoyed coaching youth sports and serving as a leader of Cub, Webelos, and Boy Scout Troop 221. While serving in the Boy Scouts he was selected for Order of the Arrow and completed the Wood Badge program. Jerry enjoyed a respected and successful career as a Consulting Electrical Engineer since he graduated from college. He was the Vice President & Chief Electrical Engineer at the Office of Griffith C. Burr, Inc. when he retired in 2000. He belonged to several professional organizations, was a 32nd degree Knight Commander of the Court of Honour Scottish Rite Mason, and a member of Columbus (Miss.) Lodge #5 F&AM. As an avid outdoorsman Jerry enjoyed fishing, camping, backpacking, hiking and kayaking in God’s beautiful world. He supported various environmental causes and promoted conserving natural resources and maintaining nature’s beauty for future generations to all. He also enjoyed physical activities like working out, running, and playing tennis. Jerry is remembered as a Christian, a man devoted to his wife and family. He had a loving and generous heart, a witty personality, never met a stranger, and was a friend to all. Jerry was preceded in death by his parents, his brother Marvin Pilgrim, his sister Peggy (John) Hayman, and his infant granddaughter Erin Pilgrim. He is survived by his loving wife of 62 years Novella Chandler Pilgrim of Memphis; his daughter Tanya (Mark) Turner of Grenada, MS; his son Tommy (Renee Hunter) Pilgrim of Southaven, MS; his daughter Sharon (George) Fioranelli of Cleveland, MS; his grandchildren Allen Turner, Tyler Turner, Janie Turner, Elizabeth Pilgrim, Ashley Pilgrim, Mary Claire (Ross) Shaw, Allison Pilgrim, Eric (Lee Anne) Fioranelli, Andrea Carvan, Britney (Bryce) Rocconi and Chandler Carvan: his great-grandchildren Havens Fioranelli, Cooper Fioranelli, Novella “Novie” Carvan, and Eli Michael Rocconi; his sister Angie (Jim) Jones of West Monroe, LA; and a host of nieces and nephews. A family graveside service will be held Sunday, January 30, at Desoto Memorial Gardens in Southaven, MS. Coleman Funeral Home of Southaven is in charge of arrangements. Memorial gifts may be made to Colonial Park United Methodist Church, 5330 Park Avenue, Memphis, TN 38119, or to a charity of the donor’s choice. Online condolences may be left on his Tribute Wall at www.colemanfuneralhome.com

The family of Jerry Thomas Pilgrim created this Life Tributes page to make it easy to share your memories.

Send flowers to the Pilgrim family.