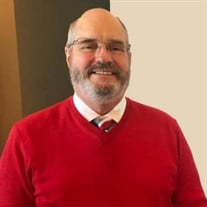 Coleman Funeral Home of Olive Branch James "Jim" Frank Dugan, 72, of Olive Branch, MS, passed away September 6, 2021 after a courageous battle with COVID-19. He was also engaged in an 11-year battle with mantle cell lymphoma, which had returned this year after being in remission. This greatly complicated the COVID treatment. He was born March 1, 1949 to Frank Meredith and Margaret Broedel Dugan of McConnelsville, Morgan Co., OH. He grew up on the family farm where he learned tractor-driving skills at a young age that proved profitable later in his life. He was in the first graduating class of the new Morgan High School in 1967 where he ran track and played sousaphone in the band. He attended Kent State University on an Air Force ROTC scholarship, graduating in 1970. He served in the US Air Force from 1971 to 1983, rising to the rank of Captain. He was stationed in many Air Force bases around the world: Chanute, Rantoul, IL; Davis Monthan, Tuscon, AZ; Thailand; Austin, TX; Korea and concluded his 12-year service in Charleston, SC. After his military service, he earned a Master’s degree in Communications from Regent (formerly CBN) University. His love of Southern Gospel music led him to the love of his life, his wife Jan Green Dugan, whom he married on May 16, 2020 and moved from Chattanooga, TN to Olive Branch. The COVID-19 virus cruelly cut short their joyous time together. There were many more concerts to attend together. He was employed by several trucking companies and retired from ADM Trucking in Chattanooga. Jim also lived for many years in Warren, OH. Wherever he was planted by the Lord, he served Him faithfully in a local church, most recently with Silverdale Baptist in Chattanooga and Meadow Brook Baptist in Byhalia, MS. He was preceded in death by his parents. He is survived by a sister and two brothers; Karen (David) Kinney of Bowerston, OH, Roger (Peggy) Dugan of Knoxville, TN, and Thomas (BZ) Dugan of McConnelsville, OH. He is also survived by his children, Melany Dugan of Youngstown, OH, Keysa (James) Galles of Garden Ridge, TX, and Nathan Dugan of Whitefish, MT. And he is survived by his grandchildren Adria, Kadyn, and Kai Galles of Garden Ridge. The family will welcome friends at a visitation from 10:00 a.m. until 11:00 a.m. at Meadow Brook Baptist Church on Saturday, September 11, 2021. A funeral service will begin at 11:00 a.m. Bro. Oscar Geeslin will officiate. Burial will be in Ohio at McConnelsville Cemetery with a graveside service on Wednesday, September 15, 2021 at 11:00 a.m. Contributions in Jim’s memory may be made to Meadow Brook Baptist Church (13862 Red Banks Road North, Byhalia, MS 38611) or to the Leukemia and Lymphoma Society at www.lls.org.

Coleman Funeral Home of Olive Branch James "Jim" Frank Dugan, 72, of Olive Branch, MS, passed away September 6, 2021 after a courageous battle with COVID-19. He was also engaged in an 11-year battle with mantle cell lymphoma, which had returned... View Obituary & Service Information

The family of Jim Dugan created this Life Tributes page to make it easy to share your memories.

Send flowers to the Dugan family.