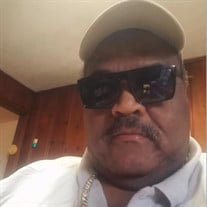 Coleman Funeral Home of Oxford Mr. Johnny Dale Flowers, 67, passed away Wednesday, July 17, 2019, at Baptist Memorial Hospital in Oxford, MS. Visitation will be Thursday, July 25, 2019, from 5:00 p.m. to 7:00 p.m. at Coleman Funeral Home. A funeral service will be held Friday, July 26, 2019, at 11:00 a.m., at Clear Creek M.B. Church (35 CR 313, Oxford, MS 38655). Interment will be at Harrisonville M.B. Church Cemetery (CR 164, Oxford, MS 38655). Coleman Funeral Home of Oxford is in charge of arrangements. Mr. Flowers was born and raised in Oxford, and he professed his faith in Christ at an early age. As a young man, he enjoyed participating in many different sports, and he was very athletic. When he was just 13 years old, he started delivering newspapers throughout different neighborhoods in Oxford. Mr. Flowers got many other children in the community involved in this as well. He loved shopping and spending as much time with his friends as he could. Mr. Flowers was also known to be a very selfless man, who would always do his best to help others. Mr. Flowers was a salesman for JCou Watches, and a member of the American Civil Liberties Union and the Linkedin Business Site. Mr. Flowers is survived by his father, Larry Gatewood of Gary, IN; two uncles, Bobby J. (Carolyn) Flowers of Phoenix, AZ, and Leroy Flowers of Atlanta, GA; and a host of half brothers, half sisters, and cousins. Mr. Flowers was preceded in death by his mother, Lula Mae Helen Flowers; one aunt, Marie Flowers; and two uncles, Roosevelt Flowers and J.R. Flowers. Donations and memorials in honor of Mr. Johnny Dale Flowers may be made to Oxford-Lafayette County Habitat for Humanity (P.O. Box 276, Oxford, MS 38655). Online condolences may be left on the Tribute Wall at www.colemanfuneralhome.com.

The family of Johnny Dale Flowers created this Life Tributes page to make it easy to share your memories.

Send flowers to the Flowers family.