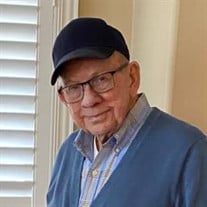 Coleman Funeral Home of Oxford Mr. Leighton Gates Weeden, 83, passed away at his home in Oxford, MS, on Friday, January 7, 2022. A visitation will be held Monday, January 10, 2022, from 12:00 p.m. to 2:00 p.m., at Coleman Funeral Home of Oxford. A funeral service will be held immediately following at 2:00 p.m., also at Coleman Funeral Home of Oxford (601 Commerce Parkway Oxford, MS 38655). Interment will be at Garden of Memories Cemetery (265 Highway 7 North Oxford, MS 38655). Bro. Tommy Williamson will officiate. Pallbearers will be great-grandsons Hunter and Zachary Buntyn, grandson-in-law Chris Hancock, and nephews Terry Holden and Brent, Dennis, Gary, and Kirby Weeden. Coleman Funeral Home of Oxford is in charge of arrangements. Leighton was born to the late William Jackson and Myrtis Gates Weeden. He married his high school sweetheart Frankie Geneva Murray in Oxford, MS on April 17, 1957, and they were married an amazing 63 years. They moved to Memphis, TN, where he first worked for Greyhound. He was a retired Lieutenant with the City of Memphis Fire Department Truck #18-B and a carpenter who built homes alongside his cousins and brothers who were also firefighters with the City of Memphis. Leighton is described by his family as being hard working, dependable, patient, and kind. He always put his God and family first. He was very involved with his family and loved spending time with his two daughters, two granddaughters, and five great-grandchildren. After retiring from the City of Memphis, he drove a school bus for Lafayette Country School District in Oxford, MS. During his free time, he enjoyed hunting with the good the ole boys at Spring Creek Deer Camp No. 4 and fishing at Sardis Lake. He was a deacon and involved in Team Kids at Harmontown Baptist Church in Como, MS, and a member of First Baptist Church of Abbeville, MS. Leighton is survived by his daughter, Tracie Lee Weeden, of Oxford; his granddaughters, Stephanie LeAnne (Chris) Hancock, of Oxford and Angela Nicole (Jarrod) Golden, of Madison, MS; his great-grandchildren, Zachary Robert Buntyn, Hunter Gates Buntyn, Alex Joseph Hancock, Gracie Jo Hancock, and Leighton Ashley Golden; one sister, Nancy Short Verble, of Olive Branch, MS, and one brother, William Harold (Rita) Weeden, of Hernando, MS. Leighton was preceded in death by his wife, Frankie Geneva Weeden; one daughter, Tammy Jo McOwen; parents, William Jackson and Myrtis Gates Weeden; and two brothers, William Carthel Weeden and James Boyd Weeden. In lieu of flowers, donations and memorials in honor of Leighton Weeden may be made to First Baptist Church of Abbeville (15 East Long Street, Abbeville, MS 38601) or French Camp Academy (Development Office, One Fine Place, French Camp, MS 39745 https://frenchcamp.org/). Please leave online condolences on the Tribute Wall at www.colemanfuneralhome.com.

The family of Leighton Gates Weeden created this Life Tributes page to make it easy to share your memories.

Send flowers to the Weeden family.