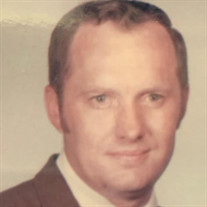 Coleman Funeral Home of Olive Branch Lester Donald Clarkson, 83, of Southaven, MS passed away on Wednesday, May 4, 2022. A graveside service will be held on Wednesday, May 18, 2022 at 11:00 a.m. at Lebanon Cemetery (8691 Bethel Rd. Olive Branch, MS) Don was born on September 24, 1938 in Kansas City, MO. He attended junior college for 6 years, and held several jobs post college including a print shop, the Branson Beacon (newspaper), and a book bindery. At the bindery, Don met a colleague that drew him into the lawn and gardening industry This led to the establishment of Heritage Nursery and Garden Center which was in business in Southaven, MS for over 47 years. Don served his country in multiple ways including the Army National Guard at Fort Chaffee in the late 1950's. He was a Mason, served in the Civil Air Patrol, a lieutenant for the sheriff's department, and a sergeant in the Air Force. Don enjoyed flying, helicopters, motorcycles, and horseback riding, but he loved his corvette. He was a workaholic but took time to travel in his motor home. Don is survived by his wife, June Ann Clarkson of Southaven; sons, Mark Clarkson of Memphis, TN, Gregory Scott Clarkson (Burnetta) of Olive Branch, MS, Brad (Christy) Clarkson of Hernando; sisters Kay and Betty, brother Gary; step-son, Mike Hastings (Carol); step-daughter, Kelli Gray (Jimmy) and numerous grandchildren, great grandchildren, nieces, and nephews. Don was preceded in death by his parents, Virgie Reed and Corvin Clarkson and step-daughter Kerri Williams. Online condolences may be left on his Tribute Wall at www.colemanfuneralhome.com.

The family of Lester "Don" Clarkson created this Life Tributes page to make it easy to share your memories.

Send flowers to the Clarkson family.