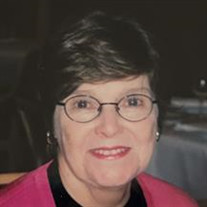 Not sure what to send?

Coleman Funeral Home of Oxford Mary Christian Morse, ‘Mollie’ 90, died Thursday, May 12, 2022, at The Elison in Oxford. She is remembered by her family for the joy and delight with which she met each day of her long, rich life. Mollie was born in Laurel, Mississippi, where her vibrant personality helped earn her the title Miss Laurel High School in 1948. She went to college at age 16. She studied at Belhaven College in Jackson and Southwestern (now Rhodes College) in Memphis, before transferring to the University of Mississippi. At Ole Miss, she was a member of Delta Delta Delta Sorority and graduated with a degree in education in 1951. After graduation, Mollie taught school in St. Petersburg, Florida. Then returned to Mississippi and married her husband Don Morse. Together they served the Episcopal Diocese of Mississippi in Belzoni and Starkville while raising four children. The family served on the mission field in the Dominican Republic before being forced to evacuate the country during the Dominican Civil War of 1965. The family then lived in Oxford and in Pass Christian, Mississippi where Mollie was a successful real estate agent on the Gulf Coast. In 1983, she and her husband moved to Switzerland, where he studied analytical psychology at the C.G. Jung Institute in Zürich. After her husband’s death in 1986, and having lived in 15 different towns and cities, Mollie relocated to New York City and settled on the city’s Upper West Side. She went back to school, earning a master’s degree in social work from Yeshiva University and later serving as president of the Analytical Psychology Club of New York. Mollie took part in the volunteer response to the Sept. 11, 2001, terrorist attacks, donning a hard hat and serving meals to first responders and other volunteers at Ground Zero. She enjoyed hosting her children and grandchildren in New York and showing them the sights of the city, and how to argue with cab drivers. She also traveled extensively in Europe and South America. She returned to Oxford in 2014 to be closer to her family. The family wishes to express sincere gratitude to the staff of Elison Assisted Living, as well as her care givers Patsy Harris and Mary McEwen. Mollie was preceded in death by her parents Graham and Mary Whittle Christian, her brother Graham Christian, and her husband The Rev. Dr. Hugh McDonald Morse. She is survived by her children Walter Morse of Minneapolis, MN, David Morse of New Orleans, LA, Mary Margaret Florie of Belleair, FL, Cynthia Rowland (Herron) of Oxford, MS. Her grandchildren Mary Kathyrn Florie, Whitman Rowland and Margaret Rowland and her brother John Christian – who still lives in Laurel. A celebration of her life will be held Tuesday May 17th at 11:00 a.m. with visitation from 9:30 a.m. to 11:00 a.m. in the parish hall at St. Peter’s Episcopal Church In lieu of flowers, memorials may be made to St. Peter’s Episcopal Church or to Memory Makers of Oxford.

Coleman Funeral Home of Oxford Mary Christian Morse, &#8216;Mollie&#8217; 90, died Thursday, May 12, 2022, at The Elison in Oxford. She is remembered by her family for the joy and delight with which she met each day of her long, rich life. Mollie... View Obituary & Service Information

The family of Mary Christian Morse created this Life Tributes page to make it easy to share your memories.

Send flowers to the Morse family.