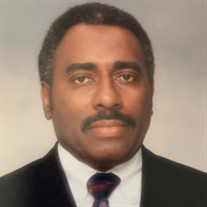 Coleman Funeral Home of Southaven Melvin Lee Brooks, was born November 26, 1941, in Memphis, TN. He is a veteran in the United States Marine Corp, and proudly served his country for over four years. As a child he attended St Augustine Catholic School and later attended Father Bertrand Catholic School. He furthered his education as he pursued his Bachelors from Memphis State University. Melvin enjoyed many hobbies which included memberships in various bowling leagues. He was a talented bartender and would occasionally use his talents to serve many events in prestigious hotels and Banquets, whether it was elegant events at hotels to serving at local bowling allies. He enjoyed being a member of Knights of St Peter Cleaver, Knights of Columbus, Legion of Mary and participated in the Deaconate Program. Melvin was a member of St. Paul the Apostle Catholic Church and served in the choir for many years. His dedication was above reproach as he was the cantor every Sunday at 7:00 a.m. mass for the past 13 years. He touched the lives of many people and will be truly missed. Melvin was joined in Holy matrimony to Ruth Pricilla Davis-Brooks, and (son) Jullian D Walker on November 23, 1985. Melvin embodied the spirit of St Joseph. He was a gentle, compassionate, stoic, loving, Christian man who loved spending time with his grandkids and providing for his family. He enjoyed working so much that he retired three times, just to go back to work before officially retiring at the age of 76. He was a devoted husband to Ruth Davis-Brooks and loving dad to Jullian D Walker for 37 years. Melvin is survived by his wife, Mrs. Ruth Brooks of Southaven; his son, Jullian (Jessica) Walker of Canton, GA; his daughter, Dionne (James) Pass of Los Angeles, CA; his grandsons, Alexander Walker of Valdosta, GA, Marques Bottorf of Phoenix, AZ, Jacob Walker of Canton, GA and Othello Pass of Los Angeles, CA; his granddaughters, Mahkaela Walker of Tucson, AZ, Zoey Walker of Canton, GA and Dionysia Tipler of Los Angeles, CA; his sisters, Eula Brooks and Doris Lacy, both of Memphis, TN; his brother, Travis (Jackie) Brooks; and a host of nieces, nephews, and extended family members. Melvin was preceded in death by his father, Carson Brooks; his mother, Lee Ethel Brooks; his brother, Christopher Brooks; and his sisters, Barbara Jean Armstrong, Griselda Posey, Geraldine Calvin, and Eva Brooks and Irene Brooks Wilson. A visitation will be held Tuesday, May 3, 2022, from 9:30 a.m. to 10:30 a.m. at St. Paul the Apostle Catholic Church (1425 East Shelby Drive, Memphis, TN, 38116). A rosary ceremony will immediately follow from 9:45 a.m. to 10:00 a.m., and mass will immediately follow at 10:30 a.m., also at St. Paul Apostle Catholic Church. Interment will be at West Tennessee State Veterans Cemetery (4000 Forest Hill Irene Road, Memphis, TN, 38125). Father Steven Kenny will be officiating. Coleman Funeral Home of Southaven is in charge of arrangements. In lieu of flowers, the family of Mr. Melvin Brooks requests memorial donations be sent to St. Paul Catholic School. Checks may be mailed to the school (1425 East Shelby Drive, Memphis, TN, 38116) or be brought to St. Paul Catholic Church the day of service. In honor of Mr. Brooks’ service to our country, the flag of the United States Marine Corps will be flown at the Coleman Funeral Home of Southaven the day of the services. Online condolences may be left on his Tribute Wall at www.colemanfuneralhome.com.

Coleman Funeral Home of Southaven Melvin Lee Brooks, was born November 26, 1941, in Memphis, TN. He is a veteran in the United States Marine Corp, and proudly served his country for over four years. As a child he attended St Augustine Catholic... View Obituary & Service Information

The family of Mr. Melvin Lee Brooks created this Life Tributes page to make it easy to share your memories.

Send flowers to the Brooks family.