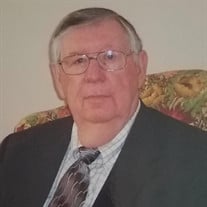 Coleman Funeral Home of Southaven Mr. Milton Lawrence “Doc” Moore, 80, passed away Tuesday, August 3, 2021. A visitation will be held Sunday, August 8, 2021, from 12:00 p.m. to 2:00 p.m. at Coleman Funeral Home of Southaven (626 Star Landing Rd. East, Southaven, MS 38672). A funeral service will immediately follow at 2:00 p.m., also at Coleman Funeral Home of Southaven. Interment will follow at Crockett Church of Christ Cemetery (7484 MS-4, Senatobia, MS 38668). Pastor Frank Pevey will be officiating Mr. Moore’s Service. Coleman Funeral Home of Southaven is in charge of arrangements. Mr. Moore was born in Crockett County and was a lifelong resident of Mississippi. He was a graduate of Horn Lake High School, where he was well-known for his skills as an outstanding quarterback on their football team. His athletic achievements were later honored when he was inducted into the Horn Lake Hall of Fame. Following high school, Mr. Moore went on to receive a Bachelor’s degree from Mississippi State University and was an inveterate, avid Bulldog fan. Mr. Milton Lawrence Moore, known as “Doc” by his lifelong friends, was a man of integrity, seriousness, and compassion. Always there to encourage his friends, he was known for his supportive nature, just as much as his love of numbers and accounting. One of his greatest joys was to watch his grandchildren play sports. He served as the grandchildren’s unofficial stat keeper, cheering along with their victories and consoling them on their defeats. Mr. Milton Lawrence Moore is survived by his four sons, Michael “Mike” (Melissa) Moore and Gregory “Greg” (Angela) Moore both of Southaven, Andrew (Carole) Moore of Asheville, NC, and Patrick Moore of Memphis, TN; two sisters, Sylvia (Brad) Van Hove and Wanda (Randy) Morris, both of Lanette, AL; three granddaughters, Kaitlin Moore (Dustin) Rowe of Cleveland, MS, Kelsey Moore and Jordan Moore, both of Southaven; three grandsons, Garrett Moore of Southaven, Cooper Moore and Forrest Moore, both of Asheville; and one great-grandson, Brody Rowe of Cleveland. Mr. Moore was preceded in death by his parents, Cecil L. and Ella Brewer Moore; and four sisters, Virginia Manning, Jean Rasco, Clara Carpenter, and Mildred Grist. Donations and memorials in honor of Mr. Milton Lawrence Moore may be made to St. Jude Children’s Research Hospital (www.stjude.org/donate) Online condolences may be left on his Tribute Wall at www.colemanfuneralhome.com.

The family of Milton Lawrence "Doc" Moore created this Life Tributes page to make it easy to share your memories.

Send flowers to the Moore family.