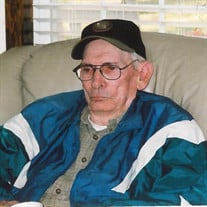 Coleman Funeral Home of Oxford Mr. Nathan Bailey Keel, 91, passed away Monday, June 29, 2020, in Byhalia, MS, at his son’s home. A graveside service will be held at Cambridge Cemetery (550 CR 202, Abbeville, MS, 38601) on Sunday, July 5, 2020 at 1:00 p.m. Coleman Funeral Home of Oxford is in charge of arrangements. Mr. Keel served in the United States Army during the Korean War. After serving his country, Mr. Keel started working as a mechanic up until he retired. During his free time, Mr. Keel enjoyed gardening. He and his wife, Florence, would take their harvest to the Farmers Market to sell their produce. They made many lifelong friends selling their vegetables. He also enjoyed being outdoors, hunting and fishing. Mr. Keel will be dearly missed by his family and friends. Mr. Keel is survived by his wife of 65 years, Florence Keel; two daughters, Ann (Hugh) McGaughey of Byhalia and Ellen (Gerald) McRae of Corinth, MS; three sons, Gordon Keel and Danny Keel, both of Byhalia; and Steve (Karen) Keel of Melbourne, FL; three grandchildren; and five great-grandchildren. Mr. Keel was preceded in death by both of his parents, Clay and Haddie Dove Keel; one daughter, Deborah Keel; two sisters, Evelyn Posner and Sue Rushing; and two brothers, Johnny and Bubba Keel. Online condolences may be left on the Tribute Wall at www.colemanfuneralhome.com.

The family of Nathan Bailey Keel created this Life Tributes page to make it easy to share your memories.

Send flowers to the Keel family.