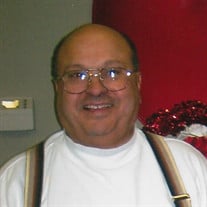 Coleman Funeral Home of Southaven Mr. Raji J. Dabit, 84, passed away Thursday, February 3, 2022, at his home in Southaven, MS. A visitation will be held Wednesday, February 9, 2022, from 12:00 p.m. to 2:00 p.m. at Coleman Funeral Home of Southaven (626 Star Landing Rd. East, Southaven, MS 38672). A funeral service will immediately follow at 2:00 p.m., also at Coleman Funeral Home of Southaven. Interment will be at Desoto Memorial Gardens (630 Star Landing Rd. East, Southaven, MS 38672). Coleman Funeral Home of Southaven is in charge of arrangements. Mr. Dabit was born January 4, 1938, in Lydda, Israel. He came to the United States of America, and he worked to receive his Master’s degree in History. He had many jobs throughout his life. He worked as a pastor, as a History teacher, and as a retail store owner. Mr. Dabit was also an extremely talented writer and author. He was an avid reader and enjoyed keeping up with the world news and history in the making. Above all, he was a family man. Mr. Dabit loved and provided for his family, and also acted as an amazing role model for them as a man of Christ. He will truly be missed by all who knew him. Mr. Dabit is survived by his wife, Barbara Dabit of Southaven; his two sons, Steve (Diana) Dabit and Alex Dabit, both of Southaven; his four grandsons, Cain Dabit, Blake Dabit, Austin Dabit, and Carter Dabit; eleven siblings; and a host of nieces, nephews, cousins, and extended family members. Mr. Dabit was preceded in death by his parents, Yusef Suleiman Dabit and Shafuka Nicola Dabit. Online condolences may be left on his Tribute Wall at www.colemanfuneralhome.com.

The family of Raji Y. Dabit created this Life Tributes page to make it easy to share your memories.

Send flowers to the Dabit family.