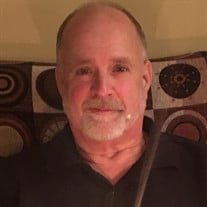 Coleman Funeral Home of Southaven Mr. Randy Mark Burchfield, Sr., 62, passed away January 25, 2022, at Baptist Memorial Hospital – DeSoto in Southaven, MS. A memorial service will be arranged at a later date. Coleman Funeral Home of Southaven is in charge of arrangements. Mr. Mark Burchfield, Sr. was born on October 4, 1959. Mark was a beloved Husband and Father. He was dedicated to his wife of 32 years, Monica, and his two sons, Randy, Jr. and Ryan. Mark had recently begun his new career with ABF Freight and enjoyed his job and co-workers. In the afternoons, he loved to spend time with the family’s dog, Roxie. When he had the opportunity, he enjoyed fishing with his boys. Mark is survived by his wife, Monica Burchfield of Southaven; his mother, Ann J. Burchfield of Southaven; his sons Randy Burchfield and Ryan Burchfield, both of Southaven; his brothers Gary Burchfield and Mike R. Burchfield, both of Southaven; and a host of nieces and nephews. Mr. Burchfield was preceded in death by his father, Mr. Edgar G. Burchfield; his sister, Sherry Willis; and his grandparents, Levi and Ella Burchfield, and Roger and Irene Johnson. Online condolences may be left on his Tribute Wall at www.colemanfuneralhome.com

The family of Mr. Randy Mark Burchfield Sr. created this Life Tributes page to make it easy to share your memories.

Send flowers to the Burchfield family.