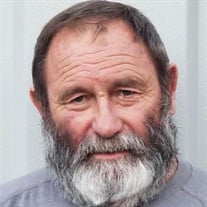 Coleman Funeral Home of Oxford Richard Griffith, 74, passed away on Monday, March 21, 2022. A visitation will be held on Thursday, March 24, 2022, from 10:00 a.m. to 12:00 p.m., with a service immediately following at 12:00 p.m., all at Coleman Funeral Home of Oxford. Interment will be at Indian Springs Cemetery in Noxapater, MS. Bro. Billy Foster will officiate. Coleman Funeral Home is in charge of all arrangements. Richard was born to the late Joseph Griffith and Willie Pearl Smith. Richard worked on power lines and was described as the kind of man to give you the shirt off his back. His family remembers his great stories and his ability to make anyone smile. He left behind the meaning of being a hard worker and having great work ethic towards any job he was handed. Friends of the family remembered Richard for leaving such a special impact on their life and giving nothing but unconditional love and friendship. On his days off, Richard may have been found fishing or working around his farm. His family will now carry on his legacy of being a kind, loving, and an overall remarkably, great man. Richard will be missed by all of those who loved and cherished him. Richard is survived by his wife, Chris Griffith, of Oxford; his children, Ricky Dale Griffith, George Anthony Griffith, Brian (Chona) Hinckley, Stephanie (Mike) Moody, Melissa (Scott) Moravic, and Tavia (Charles) Dennis; his grandchildren, Meagan (Aaron) Welch, Christopher (Gena) Cremeen, Bethany (Christian) Branning, Cody Hinckley, Samantha (Christopher) Johnson, Jessica Ramirez, Austin (Cathryn) Dennis, Alyssa Dennis, Reagan Dennis, and Camryn Dennis; 19 great-grandchildren; and his brothers, Horace (Betty) Griffith and Joe (Nancy) Griffith. He was proceeded in death by his parents, Joseph Bryan Griffith and Willie Pearl Smith; and his siblings, JB Griffin, and Sally Vowel. Please leave online condolences on his Tribute Wall at www.colemanfuneralhome.com.

The family of Richard B. Griffith created this Life Tributes page to make it easy to share your memories.

Send flowers to the Griffith family.