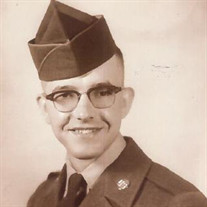 Coleman Funeral Home of Oxford Mr. Richard C. Karsten, 87, passed away on Friday, November 12, 2021, in Oxford, MS. A private family service and interment will take place at St. John the Evangelist Catholic Church in Oxford. Coleman Funeral Home of Oxford is in charge of arrangements. Mr. Karsten was born in 1934 in Moltke Township, MI. He spent his early years on his family’s farm before being drafted into the U.S. Army and traveling to Ft. Leonard Wood for basic training, followed by additional training at Ft. Smith and Ft. Ord before shipping out of Seattle for Seoul, Korea, where he served in General George H. Decker’s officer’s mess. Upon returning to the U.S., he worked as a deckhand for the Bradley Transportation Company, sailing the Great Lakes out of Rogers City, MI, on the SS Carl D. Bradley, SS Cedarville, SS Irvin L. Clymer, SS John G. Munson, and SS W. F. White, among others. He then took a position with Champion International in Gaylord, MI, where he lived with his family until 1979. It was his position as a scheduler with Champion (later Georgia Pacific) that brought him to Oxford, MS, in the summer of 1979, a transition which gave him the country home and large garden area he had long desired. Richard was interested in many sports, but he was especially fond of baseball, particularly youth baseball and softball. He followed the Atlanta Braves closely. He spent many hours practicing baseball with his children as well as any neighborhood children who cared to join in. He devoted countless hours to coaching teams, umpiring, and maintaining baseball fields for games. He liked hunting, fishing, and gardening, and he enjoyed passing on his vast knowledge of nature to his children and grandchildren. Mr. Karsten is survived by his wife of 61 years, Janet M. Gosselin Karsten; a daughter, Julie Fisher (Ben) of Oxford; and three sons, Thomas Karsten (Machelle) of Batesville, John Karsten of Southaven, and Robert Karsten of Batesville. He leaves behind four grandchildren: Ryan Karsten, Harriet Movitz (Alex), Helen Fisher, and Caleb Karsten. Also surviving Mr. Karsten are his brothers, Ivan Karsten (Jeanette) of Millersburg, MI, and Leroy Karsten (Marvel) of Traverse City, MI; a sister, Betty Schaedig (Milo) of Rogers City, MI; a brother-in-law, John Gosselin Sr. (Barb) of Cape Coral, FL; and sisters-in-law Constance Gosselin of Jacksonville, NC, and Margarita Gosselin of Alpena, MI. He is also survived by numerous nieces and nephews. Mr. Karsten was predeceased by his parents, Eleanor and Arnold Karsten; a brother, Ronald; a sister, Rose; a sister-in-law, Marvel Karsten; and two brothers-in-law, Ronald Gosselin and Norman Gosselin. Online condolences may be left on his Tribute Wall at colemanfuneralhome.com

The family of Richard C. Karsten created this Life Tributes page to make it easy to share your memories.

Send flowers to the Karsten family.