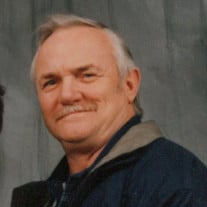 Coleman Funeral Home of Southaven Mr. Richard A. LaGasse, Sr., 77, passed away Sunday, January 31, 2021, at Baptist Memorial Hospital – Desoto in Southaven, MS. Visitation will be Monday, February 8, 2021, from 10:00 a.m. to 12:00 p.m. at Coleman Funeral Home of Southaven (626 Star Landing Rd. East, Southaven, MS 38672). A funeral service will immediately follow at 12:00 p.m., also at Coleman Funeral Home of Southaven. Interment will be at Forest Hill Memorial Park – South (2545 E. Holmes Rd., Memphis, TN 38118). Coleman Funeral Home of Southaven is in charge of arrangements. Mr. LaGasse was born June 28, 1943, in Memphis, TN. He worked for most of his life as an asbestos worker. He was always known to be a very dependable and hard-working man. Mr. LaGasse was also known to be an avid outdoorsman. He especially enjoyed hunting and fishing. Mr. LaGasse was more importantly known as a family man. He was selfless, and he always made sure his family was taken care of before anything else. He had a radiant smile and sense of humor. He enjoyed spreading joy and making others laugh every chance he had. He will truly be missed by all who knew him. Mr. LaGasse is survived by his daughter, Micki (Rob) Artman of Nesbit, MS; his son, Jason LaGasse of Nesbit; three grandsons, Dalton LaGasse of Southaven, Clay Artman of Nesbit, and Nolan Gautreaux of Horn Lake, MS; two granddaughters, Meghan (Nathan) Wilson of Memphis, and Jordan (Errand) LaGasse of Southaven; one brother, David (Patricia) LaGasse of Memphis; one sister, Michelle (David) Shipman of Memphis; three great-grandchildren; four nephews; one niece; four great-nephews; and three great-nieces. Mr. LaGasse was preceded in death by his wife, Glenda LaGasse; one son, Rick LaGasse, II; and his parents, Harvey LaGasse and Helen LaGasse. Online condolences may be left on his Tribute Wall at www.colemanfuneralhome.com.

The family of Richard A. LaGasse, Sr. created this Life Tributes page to make it easy to share your memories.

Send flowers to the LaGasse family.