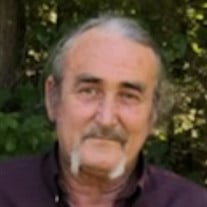 Coleman Funeral Home of Oxford Ricky Dee Walker, 61, passed away Wednesday, January 12, 2022, at his home in Taylor, MS. No services are planned at this time. Coleman Funeral Home of Oxford is in charge of arrangements. Ricky was born to the late Jerold Dee and Geraldine Walker in California. Ricky enjoyed fishing, riding motorcycles, and listening to his rock music. He is described as a good, kindhearted man who would do just about anything for anyone. He was also known to be very artistic. He often created various automobiles and trinkets out of cardboard, being very intricate in every detail. He will be dearly missed by his family and friends. Ricky is survived by his sister, Cheryl (Frank) Cooper, of Taylor, MS; one niece, Latasha Smith; one nephew, Johnathan Patton; three great-nieces, Stormy Patton, Kayla Smith, and Haley Smith; three great-nephews, Gabe Patton, Gavin Smith, and Austin Smith; and one great-great-niece, Olivia Grace Sprouse. He was preceded in death by his parents, Jerold Dee and Geraldine Walker; and his sister, Karen Williams. Please leave online condolences on the Tribute Wall at www.colemanfuneralhome.com.

The family of Ricky Dee Walker created this Life Tributes page to make it easy to share your memories.

Send flowers to the Walker family.