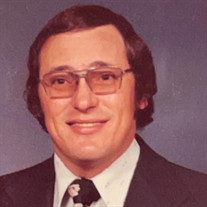 Coleman Funeral Home of Southaven Mr. Robert W. Smith, 74, passed away Sunday, August 1, 2021, at Baptist Memorial Hospital – Memphis surrounded by his loving family. A visitation will be held Saturday, August 7, 2021, from noon to 2:00 p.m. at Coleman Funeral Home of Southaven (626 Star Landing Rd. East, Southaven, MS 38672). A funeral service will immediately follow at 2:00 p.m., also at Coleman Funeral Home of Southaven. Interment will follow at Desoto Memorial Gardens (630 Star Landing Road East, Southaven, MS 38672). Coleman Funeral Home of Southaven is in charge of arrangements. Robert was born in Munford, TN on December 2, 1946, as one of seven children. He was a very unique young man, with a natural talent for music. In 1961, Robert began playing trombone, singing, and touring in a garage band, to entertain and share his passion for music with others. The band, The Memphis Blazers, played all over the South, delighting and thrilling fans with their original rock and roll music and hard blues. The Memphis Blazers were featured in a book and recorded an original album in Memphis, which captured the particular music genre and feel of the Southern United States in the turbulent 1960s. Mr. Smith was energetic and enjoyed golf and fishing, but above all he cherished his family and grandchildren. His caring, funny, and joking personality made him an incredibly beloved and devoted “Granddaddy.” His grandchildren have many tender and loving memories spending time with him, which will ensure he is never forgotten. Robert W. Smith is survived by his devoted wife, Kay Smith of Nesbit, MS; his son, Ken Turnbow of Hernando, MS; his three grandsons, Michael Shawn (Felicia) Turnbow of Strayhorn, MS, Brian Scott Turnbow of Memphis, TN, and James Edward Turnbow of Nesbit; his two granddaughters, Alesha Brooke Turnbow and Andrea Elena Turnbow both of Nesbit; his sister, Betty Fern Hartje of Lakeland, Florida; his brother Wes (Polly) Smith of Dunedin, FL; and his daughter-in-law, Kiralina Turnbow of Nesbit. Mr. Smith was preceded in death by his son, Kevin Turnbow; his parents, Clarence Lee Smith and Mary Elaine Smith; and four siblings. Online condolences may be left on his Tribute Wall at www.colemanfuneralhome.com.

The family of Robert W. Smith created this Life Tributes page to make it easy to share your memories.

Send flowers to the Smith family.