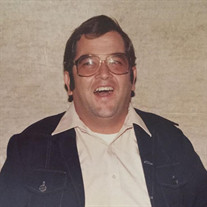 Coleman Funeral Home of Olive Branch Robert Gary Tunnell, 75, of Olive Branch, MS passed away on Thursday, March 31, 2022. A memorial service will be held at 2:30 p.m. on Saturday, April 30, 2022 at Broadway Baptist Church in Southaven. Robert was born on September 25, 1946 in Tuscaloosa, AL. He was a member of Broadway Baptist Church in Southaven, MS. Robert was very active in the children's ministries and drove the church bus. He enjoyed being outside and fishing. He was very handy and could fix anything. Robert was a devoted family man and loved his children and grandchildren. Robert is survived by his daughters, Carol Wilkinson (Scott) of Southaven, MS and Melinda Smith (Steve) of Olive Branch, MS; granddaughters, Kimberly Wilkinson of Southaven and Stephanie Smith of Olive Branch; grandsons, Walker Wilkinson of Memphis, TN, Will Remke of Olive Branch and Cooper Wilkinson of Southaven; sister, Gwen Cogdill (Johnny) of Knoxville, TN; brother, Ricky Tunnell of Memphis and several cousins. Robert was preceded in death by his wife, Nora Tunnell; mother, Ruth Tunnell; father, John Robert Tunnell and brother, Eudell Tunnell. Memorials can be made in honor of Robert Gary Tunnell to the Downs Syndrome Association of Memphis and the Midsouth (www.dsamemphis.org).

The family of Robert Gary Tunnell created this Life Tributes page to make it easy to share your memories.

Send flowers to the Tunnell family.