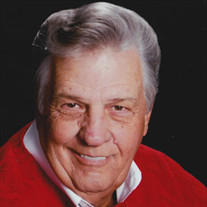 Ronnie Dale Loyd, 74, passed away May 12, 2022, in Southaven, MS. A visitation will be held Tuesday, May 17, 2022 from 11:00 a.m. to 1:00 p.m. at Coleman Funeral Home of Southaven (626 Star Landing Road East, Southaven, MS 38672). A funeral service will immediately follow at 1:00 p.m., also at Coleman Funeral Home of Southaven. Interment will be at Memorial Gardens (3700 Germantown Road North, Bartlett, TN 38133). Bro. Dean Stewart will officiate. Coleman Funeral Home of Southaven is in charge of arrangements. Ronnie was born on February 15, 1948 in Brookhaven, MS. He was actively involved with Lakeview Bass Masters where he served as secretary for many years. One of his absolute favorite hobbies was fishing. When he wasn’t spending time his family, you would catch him with a fishing pole in his hand reeling in large-mouth bass. His family described him as a jack of all trades. If someone needed something fixed, Mr. Ronnie was the man to do it. He was everybody’s handyman. Mr. Ronnie is survived by his wife, Frances Loyd of Hernando; his sons, Frank (Lorraine) Kent of Hernando, MS; Tony (Theresa) Kent of Cedar Grove, NC; and Keven (Lisa) Kent of Tremont, MS; his daughter, Casey (Chris) Cook of Walls, MS; his brother, Elby (Annie) Loyd of Loudon, TN; his sister, Patsy (Dave) Lewis of Kingwood, TX; nine grandchildren, Anthony Kent, Mirissa Ziels, Rebecca Cole, Corby Kent, Clarissa Kent, Jordyn Kent, Carley Kent, Landyn Cook, and Robbie Cook; and six great grandchildren, Ava Kent, Lila Kent, Allie Cole McKenna Cole, Kenton Ziels, and Maddox Ziels. He was preceded in death by his parents, L.B. Loyd and Evelyn Kemp Loyd; a granddaughter, Katie Kent; and a brother, Danny Loyd. In lieu of flowers, memorial contributions may be made to St. Jude Children’s Research Hospital by going online to www.stjude.org or sent to 501 St. Jude Place, Memphis, TN 38105. In honor of Ronnie Loyd's service to our country, the flag of the United States Air Force will be flown at Coleman Funeral Home the day of the services. Online condolences may be left on his Tribute Wall at www.colemanfuneralhome.com.

The family of Mr. Ronnie D. Loyd created this Life Tributes page to make it easy to share your memories.

Send flowers to the Loyd family.