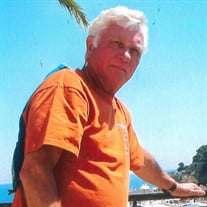 Coleman Funeral Home of Olive Branch Roy Dale Phillips of Southaven, MS, passed away peacefully at his home on Monday, June 6, 2022. Roy was born September 9, 1940 and was raised in Covington, TN, where he still was very close with his high school classmates. Kellogg’s employed him for over 30 years and he also served in the United States Air Force. Roy attended church in Covington growing up, Colonial Hills Church many years and then Compel Church in Southaven. After his health declined, you could always find him watching TV preachers on Sundays, and The Gaithers anytime they were on. His grandchildren were the light of his life. He enjoyed eating out with Brenna and Barrett being at their house every day to help him with projects. Roy loved his niece, Kelly and was so glad when she moved nearby. He was also proud of his musician nephew, Adam. His favorite activities as many of you will remember were traveling, eating a good meal, and tinkering with his antique cars. Memberships to the AACA, Studebaker Club and Sugar Ditch Club were very important to him because these clubs allowed him to be with friends. Roy leaves his wife, Cheryl; daughter, Carra and son-in-law, Greg; grandchildren, Brenna & Barrett and great-granddaughter, Presley Kate. He also leaves a sister-in-law, Jill & husband Mark, sister-in-law, Nat Adams; one niece, Kelly Gowdy and a nephew, Adam Gowdy and wife, Kyndle. He was preceded in death by his parents, Hazel and Roy Phillips of Covington, TN. The family will receive friends at a visitation on Wednesday, June 8, 2022 from 5:00 p.m. until 7:00 p.m. at Coleman Funeral Home in Olive Branch. A funeral service will be held on Thursday, June 9, 2022, at 12:00 p.m. at Coleman Funeral Home. Interment will follow at Memorial Park South Woods. Pastor James McQuiston will officiate. In lieu of traditional flowers, memorials may be made to the Parkinson's Foundation at www.parkinson.org. The family of Roy Phillips would like to extend gratitude to the hospice staff of Compassus Hospice in Southaven. In honor of his service to our country, the flag of the United States Air Force will be flown at Coleman Funeral Home. Online condolences may be left on his tribute wall at www.colemanfuneralhome.com.

Coleman Funeral Home of Olive Branch Roy Dale Phillips of Southaven, MS, passed away peacefully at his home on Monday, June 6, 2022. Roy was born September 9, 1940 and was raised in Covington, TN, where he still was very close with his high... View Obituary & Service Information

The family of Roy Dale Phillips created this Life Tributes page to make it easy to share your memories.

Send flowers to the Phillips family.