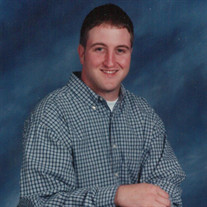 Coleman Funeral Home of Southaven Scott Reed Adkison, 47, went to be with the Lord on January 27, 2022. A visitation will be held Wednesday, February 2, 2022, from 12:00 p.m. to 2:00 p.m. at Coleman Funeral Home of Southaven (626 Star Landing Road East, Southaven, MS, 38672). A funeral service will follow on Wednesday, February 2, 2022 at 2:00 p.m., also at Coleman Funeral Home of Southaven. Face masks are required. Coleman Funeral Home of Southaven is in charge of arrangements. Scott Reed Adkison is survived by his loving son, Collin Reed (Raelyn) Adkison of Olive Branch, MS. Scott was born on September 30, 1974 to Al and Candy Adkison who survive him; along with his siblings, Kurt (Tia Mia) Adkison, of West Memphis, AR, Darlene (Joshua) Doss of Martinsville, IN, Dale (Jackie) Adkison of Walls, MS; along with his nieces, Jillian and Amberly Adkison; his nephews, Caleb Adkison, Louden Doss and Garrett Doss; and his two great nephews Kaiden and Grayson Adkison. Scott was a 1993 graduate of Southaven High School. He attended Northwest Mississippi Community College, while working at FedEx for ten years and most recently UPS. Scott had four friends from grade school until now. They watched ‘49ers and Auburn for football. and the St. Louis Cardinals for baseball. His other hobbies were golf and fishing. Jason Harkins, Ret Threlkeld, David Wohlquist, and Josh “Cowboy” Lewis will serve as pallbearers. Online condolences may be left on his Tribute Wall at www.colemanfuneralhome.com.

The family of Scott Reed Adkison created this Life Tributes page to make it easy to share your memories.

Send flowers to the Adkison family.