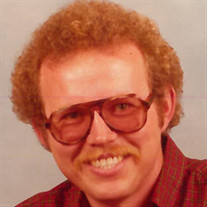 Coleman Funeral Home of Oxford Terry Lynn Montgomery, 66, passed away at his home in Tupelo, MS, on Sunday, November 27, 2021. A visitation will be held Wednesday, December 1, 2021, from 11:00 a.m. to 1:00 p.m., at Coleman Funeral Home of Oxford. A funeral service will be held immediately following at 1:00 p.m., also at Coleman Funeral Home of Oxford. Interment will be in South Oxford Methodist Church Cemetery. Rev. Robert Frierson will officiate. Coleman Funeral Home of Oxford is in charge of arrangements. Terry was born to the late William Milton and Thelma Jane Montgomery in Oxford, MS. Terry worked as an electrical supply salesman. Terry is described by his family as being charming, compassionate, funny, hardworking, and devoted to his family. He loved being a dad to his children, teaching them to follow through and be committed with whatever they may be doing in life. Terry also inspired others to be themselves and to help make the world a better place. He was an honest, kind man; who loved helping others. He was known to be the “peacemaker” in the family, often saying the world had enough rule followers. Terry also LOVED Jesus. He enjoyed watching the evangelist, Joseph Prince. He loved watching football and “stupid” comedies with his family, Major Payne being one of them. He enjoyed pranking his family. But more than anything, he loved his family and his grandson. They could often be found on the front porch, swinging, or getting ice cream with Papa. He was often known to teach his grandson the “Hot Dog Dance”. Some memories include going to Oxford, Erica and Matt going to work with their dad riding in his MR2 listening to classic rock and Bad Company, and Uncle Mike offering to shoot Terry when he came to propose to Jackie. Terry also had a few favorite “sayings” that he was known for, “Lord, Lord”: this could mean different things depending on the day and “he could sell ice to an Eskimo in an ice storm”. His family will cherish and hold tight to these precious memories and the many more that they shared together. Terry is survived by his wife, Jackie Montgomery, of Tupelo, MS; his two children, Erica (Sam Moore) Montgomery and Matt Montgomery, both of Tupelo; one grandson, Connor Moore, of Tupelo; his siblings, Mary Helon Sollie, of Louisville, TN, Noel (Pat) Montgomery, of Oxford, MS, and William “Bill” (Tina) Montgomery, of Alpena, MI. Terry was preceded in death by his parents, William Milton and Thelma Jane Montgomery. In lieu of flowers, donations and memorials can be made to the American Cancer Society (https://www.cancer.org/involved/donate.html). Please leave online condolences on the Tribute Wall at www.colemanfuneralhome.com.

The family of Terry Lynn Montgomery created this Life Tributes page to make it easy to share your memories.

Send flowers to the Montgomery family.