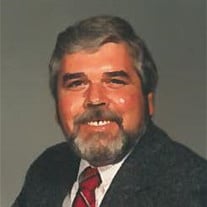 Winford Loyd Hillhouse, 74, passed away on Thursday, May 20, 2021, in Oxford, MS, surrounded by family. A visitation will be held Sunday, May 23, 2021, at Coleman Funeral Home of Oxford from 1:00 p.m. to 3:00 p.m. A graveside service will follow at Delay Baptist Church Cemetery. Bro. Joel Hollowell will officiate. Coleman Funeral Home of Oxford is in charge of arrangements. Loyd was born to the late Winford Loyd Hillhouse, Sr., and Opal Hillhouse McCain in Tula, MS. After graduating High School, he went on to work Bell South for 30 years. After retiring from there, he worked at Autozone before retiring a second time. Mr. Loyd always claimed he would work until he couldn’t anymore and that’s exactly what he did. He also owned his own business, Concrete Concepts. He was married to Brenda Hillhouse. Mr. Loyd enjoyed working on antique cars, fishing, and he use to enjoy hunting until he was shamed for shooting “bambi.” He and Mrs. Brenda spent many afternoons fishing together, memories that she will hold to forever. He and Mrs. Brenda also enjoyed traveling the country. One memory shared about Mr. Loyd was that he sang with the Temptations. He and Mrs. Brenda were at a singing and they announced to the crowd that they had a special guest in the audience, because Mr. Loyd looked just like Kenny Rogers. The Temptations called out to Mr. Loyd and he got up and sang “My Girl” with them. Loyd is described by his family as being a strong willed person. He believed that if you didn’t ask for anything, you weren’t going to get it, a concept he passed down to his children and grandchildren. He loved sharing his knowledge with them, teaching them many life lessons. Loyd would also take on any task, big or small. But more than anything, he loved his grandchildren with all his heart. He will be dearly missed by his family and friends. Mr. Loyd is survived by his wife, Brenda Hillhouse, of Oxford; his son, Christopher (Lisa) Hillhouse, of Oxford; his grandchildren, William Brooks Hillhouse, of Nashville, TN, Lakynn Makenzie Hillhouse, of Oxford, and Riley Clark Hillhouse, of Oxford; and two sibling, Barbara (Dexter) Brown, of Oxford, and Danny (Janie) Hillhouse, of Pontotoc, MS. Mr. Loyd was preceded in death by his parents, Winford Loyd Hillhouse, Sr., and Opal Hillhouse McCain. In lieu of flowers, donations can be made to the Delay Baptist Church Cemetery Fund (c/o Vickie Nardozzi, 1171 HWY 334 Oxford, MS 38655). Please leave online condolences on the Tribute Wall at www.colemanfuneralhome.com.

The family of Winford Loyd Hillhouse created this Life Tributes page to make it easy to share your memories.

Send flowers to the Hillhouse family.